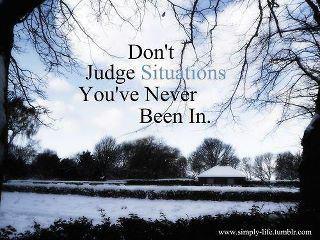 My Daughter: Beaten and Choked....A look at Domestic Abuse

I know I haven't been writing lately. Had another form of advocating to do. My daughter's boyfriend of 6 years came home one night and began punching her and put her in a wrestling move which traumatized her shoulder and choked her. Then, he wouldn't let her go to get medical help nor would he even allow her to get out of bed to go to the bathroom. She was sound asleep and was rudely awakened by his beating her. Granted, this is not the first time he has hit her...but this time...Her eyes have been opened. He let her go to work the next morning by holding her dog hostage. He knew he had to let her go to work because he knew that when I couldn't get up with her...I'd be sending the Calvary over there. I took her to the ER and the Sheriff Deputy questioned her and took pictures. Then they went and arrested him. Course, several hours later his mommy bailed him out. Any way...he has a long history of abuse. His last girlfriend pressed charges against him.....he was charged with attempted murder, assault first degree, kidnapping, false imprisonment. They offered him a plea bargain, he plead guilty to 2nd degree assault, spent 18 months in prison and was allowed work release. Not only did he do the same thing to her as with my daughter, but he tortured her for hours by making her stand while he threw "D" batteries at her feet...severely bruising them. He locked her in a room when he went to work and she had to climb out the window. Course, the story he told my daughter was that during an argument, his ex had knifed the inside of his mustang and he slapped her a couple of times. Now my daughter and his first ex are good friends and helping each other. Seems that the whole time he was with my daughter, he was still stalking and harassing his ex. Currently, he is being charged with aggravated assault. (5-10). But they are trying after a tougher charge due to his size compared to hers...he is 5 foot 11...285 pounds. She is 5 foot 4 and 140 pounds!!! So needless to say, I've been writing and calling who ever I can. He's free at the present time, while these women are constantly looking over their shoulders and my daughter can't sleep at night since every sound she hears she gets up to look out the window. And his court date is Jan. 2009.

So my question? These domestic abusers of women never stop. They continue over and over again until they finally kill someone. So why do they not have a registry for those who beat on women? Do they think that sexual abuse is the only crime against women? And look at the nearly nothing sentence he got......no lifetime of probation, no registration...no nothing...free to do it again and again. And guess what would have happened if one of these women were to fight back and accidentally kill him? That's right...life in prison. Yet he got 18 months for attempted murder, kidnapping, and torture (though he wasn't charged with that).

Justice? I don't think so. Justice would be locking him up, throwing away the key...and him getting punked by all those inmates who utterly despise a woman beater. I hope he gets a dish of his own medicine night after night for the next 15-20 years!!!!

That's my baby he beat and could have easily snapped her neck. Her shoulder was messed up, she had several lumps on her head where he punched her, her lip was busted where he back handed her several times when she tried to talk to him, bruises all over her neck from him choking her, pettichaie around her eyes from choking, swollen eye where he hit her on her left temple. Monster is the only word to describe him.

So why are sex offenders, remember the statistics, they rarely re-offend, the object of the Witch Hunts? It's time we change the target to the one group who never stop....the man who physically beats the woman. Normally, sex has nothing to do with it...it's the fear that they get off on.

Yes...I'm rambling. I'm still wired up about what happened. And yes, I'm attempting to make this case as public as I can so there will be no plea bargains this time!!!!
Posted by Dee at 7:23 PM 6 comments:

Hello!!! It's been soooooooooo long!

Boy do I have a lot to tell you. Sorry I haven't written any earlier!!! Remember, I told you about my back injury? Well...worker's comp are still with holding my loss wages and still refusing to allow my pain management treatment. I'm rescheduled for Nov. 25th so keep your fingers crossed!!! Haven't heard a thing from my lawyer...so I don't know what's going on!!I was interviewed!!!! A reporter saw my blog and wanted to interview me!!!! She wanted the wife's side of what its like to love an RSO and the hassles of our daily lives. She also asked a lot of questions about my husband's story......and she is going to interview him Monday!! She even sent a photographer to get my picture. This is really exciting!! Not only is it good for the cause....MD Citizens 4 Sex Offender Justice...but its good for my husband. Just maybe...if his story gets out.....the public won't be so ignorant about the fact that there truly are innocent men and women on the registry. O.K......that's wishful thinking!!! I receive a lot of trash in with the good....You know the kind..."Sure, sweetie...they all say their innocent....." "Why...of all people...did you pick a sex offender?" Course....all those who sent me the trash were also so ignorant as to label him as a pedophile!!! See..that's why its so important to get these registries changed...everyone is grouped together as child sex offenders!! The same laws apply to everyone!! Course, I know I am really going to get trashed once the interview gets out...But at this point...as Scarlet said in "Gone With the Wind" or was it Rhett Butler? Any way..."I don't give a damn!" If my interview helps just one person see the light..then it was worth it!!! If it makes just one person curious to learn more...than it was worth it!!!Nothing to report on my husband's side. He got a new therapist...did I tell you? Any way...he trusts her as far as he can throw her....and she weighs 400 pounds!! She managed to offend my husband and me on his first session by not letting me in with him. His other therapist thought it was important to get to know me and how he is with me to find out what kind of man he is today. But no...not his new one...she keeps dredging up the past....asking him how he managed in prison for all those years....asking him if he's angry....stupid stuff like that. She doesn't care one iota about the man he is today. The fact that since he's met me...he's more at peace...happier than he's ever been...and more hopeful about the future. And that he finally has something and someone to live for!!! I wonder what her initials after her name mean? Can't mean licensed clinical therapist...because she has no clue about being a therapist. And my husband even asked her how she could be an effective therapist if her client doesn't trust her? She couldn't respond to that....LOL. So I'll sign off for now.....How was your weekend? Hope it was great!!!!!!!!
Posted by Dee at 5:36 PM 1 comment: 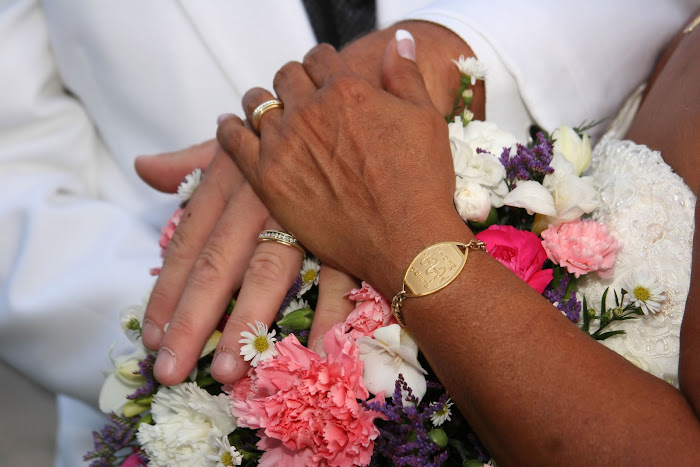 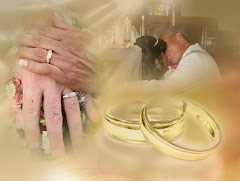 Dee
Salisbury, Maryland, United States
I'm the wife of a registered sex offender. I'm also a mother. I am an advocate for human rights and justice. Here is my e-mail for anyone wanting to contact me privately: sdk5460@yahoo.com to read more: http://www.google.com/profiles/wifeofsexoffender.